This is my first round entry for the NYC Midnight Flash Fiction competition.  My title was inspired by the SBS interactive K’Gari that attempts to debunk Australia’s first fake news story; that of Eliza Fraser and her deceitful recount of the time she spent with the Butchulla people after she was rescued from a shipwreck. It was written during a family holiday on K’Gari (Fraser Island). 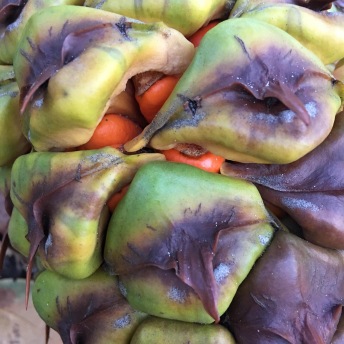 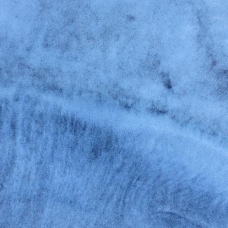 A Grain of Sand

Below the towering turpentine trees and scribbly gums, below the banksias and paperbarks, below the soft sedges, the thin layers of leaf litter, the sleeping spirit starts to stir….

Mark had been nervous about taking his little girl to the island. It was a four hour trip across the bay in the motorboat and then another half day on foot to the camping ground at Lake Mackenzie. Kirra had always been a daydreamer, but now her teacher was suggesting there was something more serious going on. She’d used the term ‘neurological’ and ‘seizure’ and given the child’s vacant stares and prolonged spell of mutism, the teacher recommended they visit a paediatrician. Mark agreed, but as the promise of summer stretched ahead of them, his concerns ebbed away. He focused instead on preparations for their trip.

The journey across the bay was smooth going in the motor boat. Kirra sat still for most of the way, gazing out across the water. When Mark would start to worry, she would point out a pod of dolphins, a school of fish, or the dark shadow of a stingray in the depths and her brown eyes would twinkle with wonder. When Mark dragged the boat above the high tide line and hitched it to a Kauri pine, he felt relief at being away from the daily routine. School. Work. While he secured the boat, Kirra paused with her ear to the sand, listening intently to the pops and gurgles as the high tide lapped across the beach. While he was organising their gear, she made a fishing line garland of orange mangrove flowers. Finally, with their packs on, the two set off through the thick afternoon heat towards the cool waters of Lake Mackenzie.

There is a dreamtime story. It tells the legend of Booragin who formed the bay and placed the first rocks to trap the sand. Princess K’Gari, the sky spirit, joined him and when they were done, she was so in love with this place that she begged to stay here forever. Booragin was reluctant, but agreed, and she lay down in the warm waters. Her body became the statue that formed the island; her back became the straight Western coastline and her knees tucked up towards her soft belly and breasts to form the sheltered curve on the Eastern side. Booragin looked upon Princess K’Gari as she slept. He wanted to protect her, so he covered her body in trees and plants to keep her warm; he gave her a voice by putting breeze in the forests and water in the creeks, and finally he formed crystal clear lakes that gave her eyes to gaze out on the world.

Mark was setting up camp and didn’t notice the little girl slip away. She moved so lightly that her feet barely imprinted the sand, and a gentle breeze was enough to dust over her tracks. There was barely a ripple as she was pulled under the surface, and she made no sound as the earth’s tendrils tugged her through the blue black water. On the surface all was still again, the water a perfect replica of the sapphire sky.

Deeper she went, past the black veil layer of silt and white silica sand until she came to rest in an underwater cave. The walls around her were curved in undulating folds of compacted yellow, brown and orange sand. She took a deep breath and found the air cool and her body dry. Her wide eyes blinked as she touched the rough wall with her hand and felt a soft rumbling begin in her belly and flow up inside her chest. As the vibration grew, her body began to shudder and she sucked for her breath in short bursts. And then she heard something strange yet familiar- her own voice- speaking gently from a foreign place.

When Mark saw Kirra’s silhouette on the bank, he ran down and threw his arms around her. She looked at him for a long time, and lovingly touched his weathered face. Then she looked down at her own arms, as if seeing them for the first time. She opened and closed her fingers, fascinated, and ran them through her curly brown hair. Next she grabbed handfuls of dry sand, blew gently on it, and sent white glitter dust into the breeze. Then came the rush of words, of questions, observations and onomatopoeic sounds. It was as if she was seeing the world brand new.

For the rest of the day she followed Mark around asking him all sorts of questions- about the plants, the fish, the sky, how the trees grow, how the sun shines, how the moon moves the tides, how the sand is made, how fish breathe underwater and what makes the rain. Mark tried his best to answer her, and was overjoyed at hearing her voice after so long. She set about feeling all the textures of the trees and earth, water and sand. She did cartwheels and handstands and danced along the beach. But when she asked about life off the island, her countenance darkened at his responses. She did not like his explanations of roads, pollution, rising seas or the cruel and ignorant habits of people.

As the sun set on the lake, a deep silence fell on the girl. She turned towards her father and said in a voice barely audible.

And then she slipped into the water and disappeared under the surface. In the flooding orange pink light of sunset, the lake began to quiver and glow with an otherworldly light and a deep vibration made the sand shake and hum. Mark waded in, carried Kirra’s shivering body from the lake and cradled her in his lap. When he looked down at her face, the faraway look had returned. He bent forward and stroked her hair.

‘We are all grains of sand.’